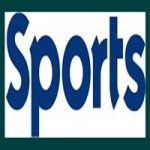 Thank You all for landing on the page of Sports.

It plays an important role in various competitive examinations conducted by various organizations.

The bits help a lot.

Some of the Sporting events -One Liners are as follows

1-Mughal Emperors were patrons of hunting and wrestling.

2-Kambala is a yearly Buffalo Race. It is held under the aid of local Tuluva landlords and households in the coastal district of Dakshina Kannada and Udupi of Karnataka. 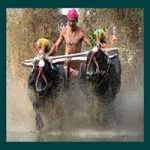 3-Silambam is a type of a fencing game. It is a weapon-based Martial Art of India. This traditional sport is more popular in the state of Tamil Nadu.

4-Khong Kangjei is a traditional game that is played in Manipur. The improvised version of this game is known as ‘Hockey’.

5-Kho-Kho is one of the most popular traditional sports in India. Kho Kho is a ‘run and touch’ game that is very simple to play.

6-Mallakhamb is a traditional Indian sport in which a gymnast performs poses while hanging from a vertical wooden pole or rope.

7-Jallikattu is one of the oldest living ancient sports seen in the modern era, mainly in Tamil Nadu. Jallikattu pits crowds of brave young men against angry bulls. It is similar to the Spanish running of the bulls. 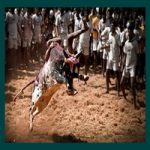 8-Camel racing in Pushkar, Rajasthan is one of the major attractions for tourist in Rajasthan. 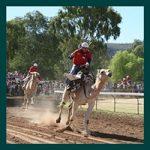 9-Kusthi is the best sports to play and maintain the physic. It is mostly played at Punjab and Haryana along with Maharashtra.

10-Gella – Chutt is a famous indigenous game of Tripura state of India. The game consists of two groups – out-group and in-group. Players in each group can be around 10-12. Players from the in-group nominate one among them as the king.

11-Thoda is a martial art form from Himachal Pradesh. The main weapons needed for Thoda are bows and arrows. The traditional game Thoda is hugely popular in Theog Division (Shimla District), Narkanda block and many other places. It is held every year on Baisakhi Day i.e. April 13 and 14.

13-Surr is a popular traditional sport which is often played by the regional menfolk residing near Ayodhya in the northern part of India, particularly Uttar Pradesh.

14-Atya Patya is an ancient traditional sport of India. It is more popular in the state of Maharashtra. The game is mainly practiced in rural areas. The first Atya Patya National held at Nagpur in 1982.

15-Pallanguli is a game played mostly played by Tamil women, both in Southern India and Sri Lanka. It is normally known as the number game. 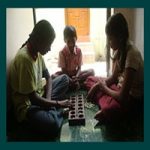