Acid rain: Rain that has become more acidic than normal (a pH below 5.0) as certain oxides present as airborne pollutants are absorbed by the water droplets. The term is often applied generically to all acidic precipitation

Aerosol: Fine liquid or solid particles suspended in the atmosphere. Aerosols resulting from volcanic eruptions are tiny droplets of sulfuric acid—sulfur dioxide that has picked up oxygen and water

Atlas: A bound collection of maps

Archipelago: A collection of islands in a sea. 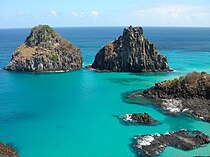 Atmosphere: The mixture of gases, aerosols, solid particles, and water vapor that envelops the Earth.

Alluvial soils: Soils deposited through the action of moving water. These soils lack horizons and are usually highly fertile.

Absolute humidity: The mass of water vapor in the atmosphere per unit of volume of space

Biological diversity: A concept recognizing the variety of life forms in an area of the Earth and the ecological interdependence of these life forms.

Biosphere: The realm of all living things

Biota: The animal and plant life of a region considered as a total ecological entity 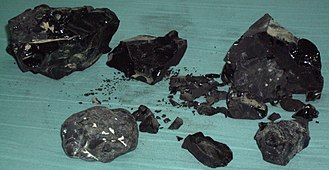 Butte: An isolated hill or mountain with steep or precipitous sides, usually having a smaller summit area than a mesa

Batholith: A very large body of igneous rock, usually granite, which has been exposed by erosion of the overlying rock

Base level: The lowest level to which a stream can erode its bed. The ultimate base level of all streams is, of course, the sea.