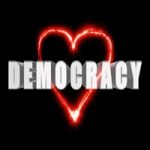 Thank You for landing the Polity section page.

Watch some of the important Polity Bits below.

1- From which fund is the pension of a High Court Judge charged?

2-In which year did the Right to Information Act come into force?

3-The inspiration of ‘Liberty, Equality and Fraternity’ was derived from which revolution?

4- Which commission was formed in 1983 to recommend the relationship and balance of power between state and central governments?

5-The idea of a Constituent Assembly to form a Constitution of India was first mooted by whom?

6- Which case determined that the Preamble is a part of the constitution?

7-Who has been the only Lok Sabha Speaker to have become the President of India?

8-When Constitution was framed, how many Schedules were there?

9-Who is the longest-serving speaker of Lok Sabha?

10-The only instance when the President of India exercised his power of veto?

11-What can be the maximum interval between two sessions of parliament?

12- To whom does the Public Accounts Committee submit its report?

13-How long a person should have practiced in a High Court to be eligible to be appointed as a Judge of Supreme Court of India?

14-Till now, the Preamble of Constitution of India has been amended for how many times?

15-In which year were the first general election held in India?

16-Which were the first two states in India to establish Panchayati Raj in 1956?

17-Who is known as the first Law Officer of India?

18-Which provision of the Fundamental Rights directly relates to the exploitation of children?

19-Which part of the Constitution of India talks about the Municipalities?

20-Who said Preamble is the keynote to the Constitution?