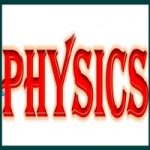 1- When a body is raised upwards from the Surface of the earth, the impact of its weight shall

(A) increase
(B) fluctuate
(C) decrease
(D) remain the same.

4- The number of images formed will be – when an object is placed between two parallel mirrors.

5- Due to this effect, a piece of cotton cloth gets wet if one end of it is dipped in water in a glass.

6- Why a balloon filled with hydrogen bursts on reaching high altitude? Because-

8- Why the ink of pen leaks in an airplane?- Because

(A) The pressure of ink inside is more than the outside pressure.
(B) Atmospheric pressure increases
(C) Temperature difference
(D) High speed of the airplane.

9- On what principle, the Hydrogen Bomb is based on?

(A) Nuclear fission
(B) Nuclear explosion
(C) Nuclear fusion
(D) None of the above.

10- On what factors below, the emf of a cell does not depend on?

(A) Seawater is warmer
(B) The density of the river water is greater
(C) Saltwater of the sea is denser
(D) The speed of the ship on the sea is greater.

12- The hydraulic breaks is a direct application of –

13- What type of work is performed by hand when a body is lifted by hand?

14- Joule-Thomson effect in case of an ideal gas is

15- Which among the following is the only vector quantity?

2- Becomes zero twice in every period.

6-The pressure inside the balloon becomes more.

8-The pressure of ink inside is more than the outside pressure.

11-Saltwater of the sea is denser