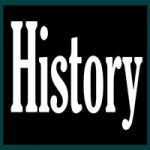 Thank You for landing the History section page.

Maximum questions come from this portion of different competitive exams.

Watch some of the important Bits below.

2- Ajathasatru has founded the city of modern Patna.

3-Wheat and Barley were the staple food of Indus Valley people.

4-Dravidians were the architects of Indus Valley Civilization.

5- The Johar custom prevailed among the women of Rajputs.

8-Mohenjodaro and Harappa are now in Pakistan.

10-The modern name for Panipat is Kurukshetra.

11-Battle of Buxar in India gave superior status to the Britishers.

12- Chengizkhan was known as the ‘Whip of the God’.

13- Lord Wellesley, British Governor-General of India from 1798 to 1805 introduced the subsidiary alliance system in India. 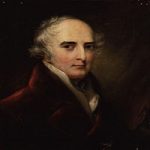 14-Revolution in Turkey event was a major set back to the Khilafat Movement.

15-Passage of the Rowlatt Act event took place immediately before the massacre at Jallianwalla Bagh. 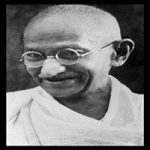 18- The Ghadar Journal was first published in Urdu.

19-In 1953, under Kaka Kalelkar chairmanship the first OBC Commission was formed. 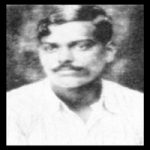 22-Sarojini Naidu was the first Indian woman to preside a session of the Indian National Congress. 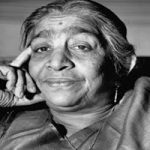 23- Kumaran Asan is associated with the social renaissance in Kerala.

* He was also known as Mahakavi Kumaran Asan, and he was one of the triumvirate poets of Kerala, South India.

* He was a philosopher, a social reformer and a disciple of Sree Narayana Guru.

24- Mahalwari System of Revenue Settlement was introduced in North-Western Provinces.

25- In Bombay and Madras, the Ryotwari System was introduced.

26-In the Northwest Provinces, the Punjab, Delhi, Parts of Central India and Uttar Pradesh, Mahalwari system was introduced.

27-Lord Cornwallis introduced Permanent settlement in Bengal, Bihar, Orissa, and districts of Benaras and Northern districts of Madras in 1793. 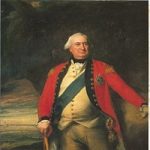 28- The annulment of the Partition of Bengal was done by Lord Hardinge.

* Lord Hardinge held a durbar to celebrate the coronation of King George V in December 1911.

* During his time, the Capital was shifted from Calcutta to Delhi 1911.

* During his time, Mahatma Gandhiji came back to India from South Africa (1915).

* In his regime, Annie Besant announced the Home Rule Movement. 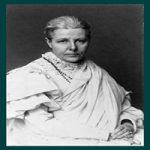 * It is during his time only, Hindu Maha Sabha was founded by Madan Mohan Malvi in 1915.

29-Shankaran Nair resigned from the membership of the Viceroy’s Executive Council as a protest against Jallianwala Bagh Massacre.

31- Ras Bihari Ghosh presided over the Surat Session of Indian National Congress in 1907. 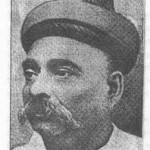 33-Vinoba Bhave was nominated as first Satyagrahi by Mahatma Gandhi for the Individual Satyagraha of 1940. 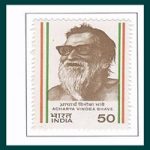 34- The Vernacular Press Act was introduced by Lord Lytton.

35-The Madras Labour Union was founded by B.P. Wadia along with V. Kalyanasundaram Mudaliar.

37- Vinoba Bhave was nominated as first Satyagrahi by Mahatma Gandhi for the Individual Satyagraha of 1940.

39-Brihadrata was the last ruler of the Mauryan Dynasty, who was assassinated by Pushyamitra Sunga, his commander-in-chief.

40- Kushan Emperor Kujula Kadphises was the first to introduce the gold coinage in India.

41-The most unique feature of the Dholavira site of the Indus Valley Civilization is that its cities were divided into 3 parts.

42-Parshvanath was the 23rd Jain Tirthankara.

* He was the son of Ashvasena, King of Banaras (Varanasi).

43-According to Gautama, the king was the ruler of all except Brahmanas. 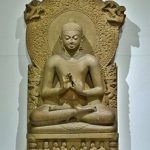 42-Chandragupta Il succeeded Samudragupta as the next ruler of the Gupta Dynasty. 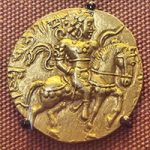 * He was also popularly called as Devgupta, Devraj, and Devshree.

43- Indian scholar, journalist, historian, administrator, and diplomat K. M. Panikkar said that the British established a robber state in Bengal between 1765 and 1772.

44- By the Treaty of Bassein, the Peshwa accepted the Subsidiary Alliance with the British.

45-Mehrgarh, located in the Baluchistan state of Pakistan has given the earliest evidence of agriculture in the Indian subcontinent. 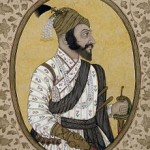 47-Peshwas were the loyal ministers of Marathas state.

48-Among seven Peshwas, Balaji Rao I was the ablest Peshwas.

52-Peshwa Madhav Rao I was the eldest surviving member of the Peshwas family.

53-Bajirao Peshwa I was known for his guerrilla tactics after Shivaji.

* He has succeeded his father Balaji Vishwanath as Peshwas at the young age of 20.

54-The Peshwas called their secretariat as Huzur Daftar which was situated in Poona.

55-Chhatrapati Shivaji was the son of Shahji Bhosle and Jija Bai.

56- Chhatrapati Shivaji appointed eight ministers. They were called ‘Astapradhan’. They assist him in the administrative helm of affairs. 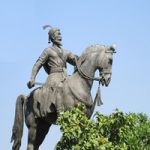 57-Under the supervision of his mother and an able Brahmin Dadaji Konda-dev, Shivaji was brought up at Poona.

58- It is Dadaji Konda-dev, who made Shivaji an expert soldier and an efficient administrator.

59-The Sultan of Bijapur as part of his conspiracy sent his general, Afzal Khan, to capture Shivaji.

* Shivaji escaped and killed him with a deadly weapon called Baghnakh or tiger’s claw.

60-The Sultan of Bijapur made a peace treaty with Shivaji in the year 1662 and made him as an independent ruler of his conquered territories.

61-Shivaji declared himself as an independent ruler of Maratha Kingdom in AD 1674.

* He was crowned as Chhatrapati at Raigarh.

62- Shivaji gets the title of ‘Haidava Dharmodharka’ (Protector of Hindu faith) after the coronation.

63-Shivaji levied a tax on the land which was one-fourth of the land revenue i.e. Chauth or Chauthai.

66-Shivaji abolished the Jagirdari System and he replaced it with Ryotwari System.

67-Shivaji supervised the Mirasdars who had hereditary rights inland.

68-Chauth and Sardeshmukhi were other sources of income in Sivaji’s administration.

69-The Pratiharas and the Palas are the two dynasties of Northern India, which confronted with the Rashtrakutas.

70- The Dholavira is the largest Indus Valley Site in independent India.

* The Dholavira site has been excavated by the R S Bisht team of ASI. It had three citadels.

71-The British East India Company secured the Diwani right of Bengal, Bihar, and Orissa under the Treaty of Allahabad ( 16 August 1765).

72-S. N. Sen has given a statement with reference to 1857 mutiny that ‘The Meerut outbreak was sudden and short-lived like a summer gale’.

74-Subhash Chandra Bose is called a beacon of light of Asia. 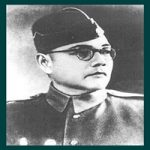 76- The name of the capital of Anga (a mahajapada) was Champa.

78-Munro and Charles Reed introduced the Ryotwari System in India.

79-The Rigvedic name of river Ravi was Parushni.

80-Dadabhai Naoroji had written the book poverty and un-British rule in India. 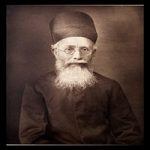 81- Unicorn is the most common motif of the Indus Seals.

82- The Shatapatha Brahmana is related to Yajurveda.

* Yajurveda is the book of sacrificial prayers.

83- Ashoka made his famous declaration, ‘All men are my children’ on Separate Kalinga Rock Edict I inscriptions. 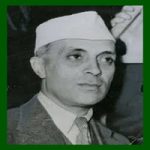 86-Sardar Vallabhbhai Patel presided the Karachi session of the Indian National Congress in 1931. 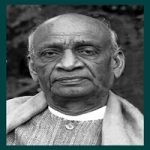 90- Bankim Chandra Chatterjee was the author of Anand Math. 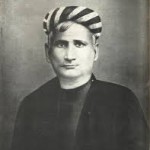 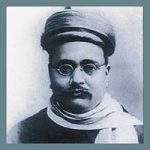 92-Under the leadership of Vyomesh Chandra Banerjee, the first meeting of the Indian National Congress was held in Bombay in 1885 A.D.

93-Wood’s Despatch, 1854 is the Magna Carta of the western education system in India.

94-Sri Narayan Guru preached the doctrine of ‘One religion, one caste and one God for mankind’.

95- The English, Nizam of Hyderabad and The Marathas entered into a triple alliance against Haider immediately before the first Anglo-Mysore war of 1767-69.

96- Colbert was the founder of the French East India Company for trade in India.

97- Mysore was annexed into the East India territories via the Doctrine of Lapse.

98-Begum Hazrat Mahal was the leader of the revolt of 1857 in Lucknow.

99-Poverty and Un British Rule in India is the book written by Dadabhai Naoroji.

* In this book, Dadabhai Naoroji made important observations about the decline of the Indian Economy during the British Era.

100- During the times of Governor-General Lord Ellenborough, Act V declared slavery as illegal.