Quaternary sector: That portion of a region’s economy devoted to informational and idea-generating activities (e.g., basic research, universities and colleges, and news media).

Rainshadow: An area of diminished precipitation on the lee (downwind) side of a mountain or mountain range. 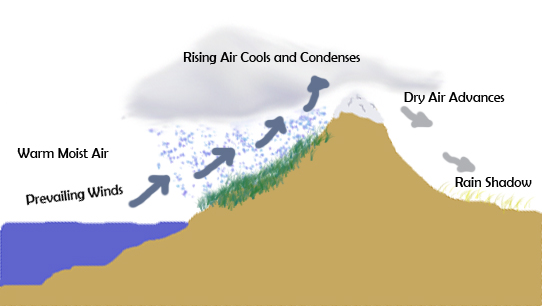 A valley with steep walls formed due to the subsidence of the earth’s crust. The greatest rift valley in the world lies between the river Jordan and the Dead Sea.

Ria: A drowned river valley that remains open to the sea.

An instrument for measuring rainfall at a location.

An arch in the sky, which is created by the reflection and refraction of breaking up of the sunrays by tiny rain droplets suspended in the air.

Riverine: Located on or inhabiting the banks or the area near a river or lake.

Plains covered with thick forests near the river Amazon (Brazil) in South America.

The level of the ocean at mean tide taken as a standard for measuring the altitudes of land.

An instrument to indicate the locality and the intensity of an earthquake.

The time during which the earth makes a complete revolution on its axis in respect of the fixed stars. The time taken is 23 hours 56 minutes.

Hot winds which blow from the Arabian desert and North Africa and are accompanied  by suffocating clouds of sand.

The dry or wet wind that blows across the Mediterranean to its northern shores.

Grasslands covered with natural grass in the tropical region from 5oN and S of equator to 23oN and S.

Occurs when the moon comes between the sun and the earth, i.e., at new moon.

The time interval between two successive appearances of the sun over the same meridian. Its length is 24 hours.

The altitude above which snow lies permanently at any place does not melt throughout the year. Generally this altitude is 18,000 ft.

Sinkhole: Crater formed when the roof of a cavern collapses; usually found in areas of limestone rock.

The time fixed for a country / region by law or general usage. In the UK, standard time is the one from the sun on the meridian that passes through Greenwich. The standard time of India is the local time of 82  degrees longitude passing through Allahabad.

Smog: Mixture of particulate matter and chemical pollutants in the lower atmosphere, usually over urban areas

To determine the depth of the sea at a place.

The upper layer of the atmosphere which lies about ten miles above the earth.

The alternate rise and fall of the surface of the sea, approximately twice a day caused by the gravitational pull of the moon and, to a lesser degree, of the sun.

The coniferous forest land in Siberia surrounded by the treeless, inhospitable Tundra and on the south by the Steppes. The principal trees are pine, fir, spruce and larch.

Tephra: Solid material of all sizes explosively ejected from a volcano into the atmosphere.

The region of hot and swampy forests on the Himalayan foothills. It is a heavily forested plain, which is now extensively cultivated.

A river stream which falls into another stream.

Regular winds in the tropics between latitudes 30 degrees N and 30 degrees S, blowing towards the Equator.

The undulating plains around the shores of the Arctic Ocean of which 60oN is the northern-most limit. The temperature goes very low i.e. below the freezing point at least for one month. The Eskimos practice hunting and fishing as major occupations and use the Reindeer as a principal animal but domesticate the dog also.

Transhumance: The seasonal movement of people and animals in search of pasture. Commonly, winters are spent in snow-free lowlands and summers in the cooler uplands.

Tree line: Either the latitudinal or the elevational limit of normal tree growth. Beyond this limit, closer to the poles or at higher or lower elevations, climatic conditions are too severe for such growth.

Tropic of Cancer: The most northerly circle of latitude on the Earth at which the Sun may appear directly overhead at its culmination.

A violent cyclonic storm, usually in spring or early summer in the U.S.A. and Australia.

The light emanating from the sky when the sun is below the horizon either in the morning or evening.

A violent whirlwind occurring in the Chinese and Japanese seas.

Underpopulation: Economically, a situation in which an increase in the size of the labor force will result in an increase in per worker productivity.

Underemployment: A condition among a labor force such that a portion of the labor force could be eliminated without reducing the total output. Some individuals are working less than they are able or want to, or they are engaged in tasks that are not entirely productive.

Uniform region: A territory with one or more features present throughout and absent or unimportant elsewhere

Opening in the earth’s surface, which is surrounded by ejected material, thereby forming a hill, from which the heated material called lava is ejected e.g. Vesuvius in Italy

Valley: A low area between mountains.

Vent: The opening at the Earth’s surface through which volcanic materials (lava, tephra, and gases) erupt. Vents can be at a volcano’s summit or on its slopes; they can be circular (craters) or linear (fissures).

Viscosity: Measure of the fluidity of a substance. Taffy and molasses are very viscous; water has low viscosity.

They blow between 30 degree – 60 degrees N and S of the equator, and bring rainfall on the western margins of the continents.

White revolution:Increase in production of milk.

Water Pollution: Contamination of water by chemical or biological constituents that make it unfit for use.

Windward: The side of a land mass facing the direction from which the wind is blowing—the opposite of leeward.

wind winnowing: is a method of separating grain from chaff by throwing the mixture into air with a winnowing fan.

Water table: The level below the land surface at which the subsurface material is fully saturated with water. The depth of the water table reflects the minimum level to which wells must be drilled for water extraction. 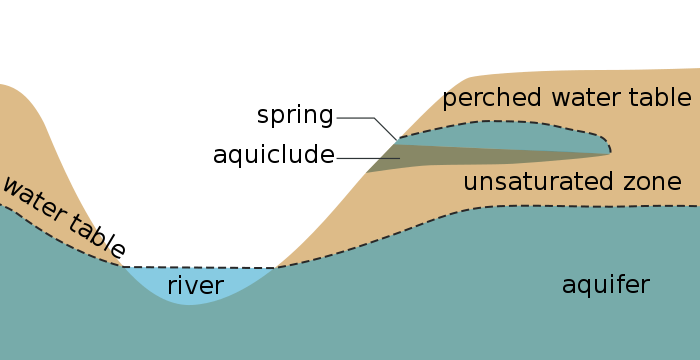 Water mapping: Collection of data, representing as amap, about different aspects related to the water supplies

weather: Weather is the state of atmosphere.

The highest point in the heavens directly above our head.

Zoning: The public regulation of land and building use to control the character of a place.