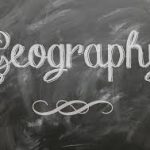 8-The Sun is rather large and bright,compared to the majority of stars in the Milky Way.

11-Sunspots appear as dark areas because they are about 1500° cooler than the surrounding chromospheres.

12-Each spot has a black center or umbra, and a lighter region or penumbra, surrounding it.

13-Venus, the nearest and most similar planet to Earth in the Solar System, has an atmosphere 100 times denser than our own, with little or no geo-magnetic field. This is an exception.

14-A corona is a distinctive atmosphere of plasma that surrounds the Sun and other celestial bodies.

15-The two largest, Jupiter and Saturn, are composed mainly of hydrogen and helium

16-The two outermost planets, Uranus and Neptune, are composed largely of substances with relatively high melting points compared with hydrogen and helium , called ices, such as water, ammonia and methane.

17-A comet is an icy small Solar System body that, when passing close to the Sun, heats up and begins to outgas, displaying a visible atmosphere or coma, and sometimes also a tail.

18-Comets, composed of ice and dust, originated outside our solar system. Their elliptical orbit brings them close to the Sun and into the inner Solar System.

19-One of the larger comets is the Halley’s Comet. The orbit of Halley’s Comet brings it close to the Earth every 76 years. It last visited in 1986.

20-Comets are among the most spectacular and unpredictable bodies in the solar system.