1-India is known as the home of spices.India has the largest domestic market for spices in the world.

2-India is the world’s largest producer, consumer and exporter of spices; the country produces about 75 of the 109 varieties.

4-Country India commands a formidable position in the world spice trade with the spice exports expected to touch US$ 3 billion by 2016-17. 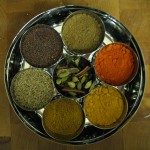 7- According to the reports of ‘Spices Board of India’, the total export of spices increased 3 per cent to reach US$ 621.78 billion in April-June 2016. 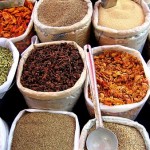 * This golden spice is known for its anti-oxidant and antiinflammatory powers.

* Anti-oxidant properties of curcumin may also help to prevent cardiovascular complications among diabetics.

* Commonly chewed after a meal, it is also used to eradicate bad breath.

* It is very much used in chutneys and curries.

* It is recommended to pregnant women due to its high iron content and it also reduces acidity-related issues.

N.B : Some more information on spices will be provided later -Admin