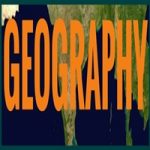 Thank You for landing the Geography section page.

Watch some of the important Geography Bits below.

2-Who invented the Isotherms?

3-General geography was written by

(a) Bernhardus Varenius (b) Blanche (c) Ptolemy (d) None of these

4-The study of soil science is called

(a)Geology (b) Seismology (c) Glaciology (d) None of these

7-An early statement of Geography as Chorology was provided by

8-Who wrote the five-volume book ‘Kosmos’?

10-Human geography is also known as

11-The approach of ‘Determinism’ is related with

12-Which one of the following scholars was the first to divide the world landmass into three continents: Europe, Asia, and Libya (Africa)?

(a) Global city (b) Metropolis (c) Megalopolis (d) None of these

14-Who wrote ‘Geographia Generalis’?
(a) Ptolemy (b) Herodotus (c) Bernhardus Varenius (d) None of these