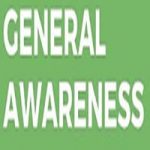 These notes are extremely useful for all types of exams including Bank Exams.

1- This state among the following has launched Rs. 50,000 crore farm-debt scheme.

2- Which among the following is issued by the court in the case of illegal detention of a person.

3- This among the following is the hardest material.

4- In which country among the following driest location on the earth is found?

5- With which game Lady Ratan Tata Trophy is associated?

6- To which sports Mohammad Anas is related? 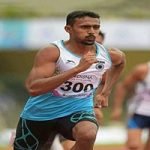 7-This noted journalist and columnist among the following died recently.

8- Who among the following Padmashree awardee and prominent Social worker died recently?

9- Name the former Australian pace Spearhead who has been elected as an honorary life member of the Marylebone Cricket Club(MCC)?

10-Former India opener and national selector passed away recently. Who is he?

11-He is the first batsman to score 20,000 international runs in a single decade.

13-Who among the following has been conferred with the ‘Tansen Samman’ for 2018?

14-Which among the following counties has withdrawn from International Whaling Commission to resume commercial whaling in its territorial waters?

Diamonds are known as the hardest substance on the surface of the earth.

4- Chile(Atacama desert). The location is known as Maria Elena South(MES).

* The trophy is named after Ratan Tata, who is an Indian Businessman.

* He was working with Odia daily Sambad.

* He was associated with Anand Bazar Patrika and the Asian Age. Both are leading newspapers.

* He dedicated his life and service towards Leprosy patients.

* He played 153 One Day Internationals and claimed 239 wickets.

* He is a qualified engineer.

* Virat Kohli made his Test and T20 Internationals debut in 2010