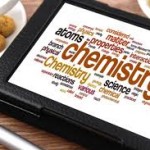 1-Created by Dmitri Mendeleev (1834-1907), the periodic table orders all known elements in accordance to their similarities

2-The periodic table is a chart that categorizes elements by “groups” and “periods.” All elements are ordered by their atomic number.

5- The atomic mass number is equal to the number of protons plus neutrons, which provides the average weight of all isotopes of any given element.

6-Atoms with the same atomic number, but different mass numbers are called isotopes.

7-An atom is the smallest building block of matter. Atoms are made of neutrons, protons and electrons.

8-There are two main classifications in the periodic table, ‘groups’ and ‘periods’.

9-Groups are the vertical columns that include elements with similar chemical and physical properties. Periods are the horizontal rows.

10-An electron has a negative charge, a proton has a positive charge and a neutron has no charge.

11-There are different models of the structure of the atom. One of the first models was created by Niels Bohr, a Danish physicist. He proposed a model in which electrons circle the nucleus in “orbits” around the nucleus, much in the same way as planets orbit the sun
Periodic Table -Important Points

1- Going from left to right on the periodic table, you will find metals, then metalloids, and finally nonmetals.

2-The 4th, 5th, and 6th periods are called the transition metals. These elements are all metals and can be found pure in nature.

3- The transition metals include two periods known as the lanthanides and the actinides, which are located at the very bottom of the periodic table.