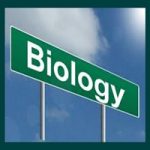 Thank You all for landing on the page of Biology.

The subject of Biology plays an important role in various competitive examinations conducted by various organizations.

1- The blood moves to this region when the left ventricle in the human heart contracts.

2- This endocrine gland is also known as Master Gland.

3- By which among the following Reflex actions are controlled by?

4- Due to the presence of which substance, blood does not clot?

5- Name the method which is used to obtain alcohol from molasses?

6- DPT vaccine is given to babies to protect from which diseases?

7-  The Scurvy is a disease related to-?

8- The activities of internal organs are controlled by which part of the Nervous system?

10- Name the largest flightless bird that can run at a greater speed?

11- The population of which species among following is maximum on earth?

13- From which organ Bile is produced?

14- Blood Pressure is the pressure exerted by blood on the walls of?

15- Fats are stored in which part of the body?

The aorta is the largest artery in the body.

* It begins at the top of the left ventricle.

* It carries blood away from the heart to the rest of the body.

* We can keep our Aorta healthy by keeping our blood pressure in control.

* It is the heart that pumps blood from the left ventricle into the aorta through the aortic valve.

* The pituitary is an important gland and is referred to as the ‘master gland’ in our body.

* This gland controls several of the other hormone glands.

* It is about the size of a pea and attached to the base of our brain by a thin stalk.

* It is situated in a bony hollow, that is just behind the bridge of our nose.

* Reflex action is involuntary. It is an automatic and fast movement.

* It is instantaneous movement in response to a stimulus.

*  blood-clotting proteins generate thrombin. It is an enzyme that converts fibrinogen to fibrin.

* Fermentation is the process by means of which a substance breaks down into a simpler substance.

* Fermentation is also a metabolic process by means of which an organism converts a carbohydrate, such as starch or a sugar, into an alcohol or an acid.

* It is a combination of vaccines against three infectious diseases in humans. They are diphtheria, pertussis (whooping cough), and tetanus.

*  The Scurvy disease occurs due to a vitamin C deficiency.

* A Scottish doctor James Lind was given the credit for discovering the Scurvy in 1747.

* The medulla oblongata forms the hindbrain.

* The spinal cord is a long, thin, tube-like structure composed of nervous tissue.

* This structure extends from the medulla oblongata in the brainstem to the lumbar region of the vertebral column.

* Cerebrum is the superior part of the brain which is the seat of reason, memory, planning, and sensory integration.

* The cerebellum ( also called little brain) is a major feature of the hindbrain of all vertebrates.

9-It is water dispersed in fat.

* Butter is made by churning fresh or fermented cream or milk to separate the butterfat from the buttermilk. 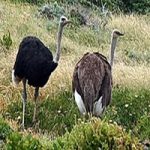 * The common Ostrich are native to certain large areas of Africa.

* Ostriches are omnivores, which means they eat both vegetation and meat. 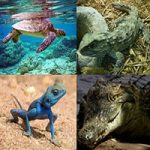 * Nearly all reptiles are cold-blooded(Ectohtermic) and lay shelled eggs.

* The reptiles live in a wide range of habitats.

* Hemophilia is an inherited genetic disorder.

* People having hemophilia may bleed for a longer time after an injury.

* Hemophilia A is also known as classic hemophilia or factor VIII deficiency.

* Hemophilia B is also known as Christmas disease or factor IX deficiency.

* Bile is a dark green to a yellowish-brown fluid.

* It is produced by the liver which helps in the digestion of lipids in the small intestine.

* Bile has bile acids and salts,  pigments, phospholipids, water, and electrolyte chemicals as its composition.

* By secretion into bile, Many waste products, including bilirubin, are eliminated from the body.

* The liver is a dark reddish-brown organ. It is located in the upper right portion of the abdominal cavity.

* The liver lies beneath the diaphragm and on top of the stomach, right kidney, and intestines.

* The liver mainly filter the blood that comes from the digestive tract, before passing it to the rest of the body.

* The arteries are the blood vessels that carry the oxygen-rich blood from the heart to other tissues of the body.

* The Veins are blood vessels that transport blood toward the heart.

* Most veins transport the deoxygenated blood from the tissues back to the heart.

* Blood Pressure is measured by a sphygmomanometer.

* It is a highly active metabolic and endocrine organ.