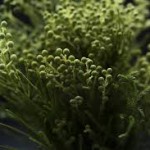 1-Gas exchange in plants is carried out via simple diffusion.

2-Transpiration is the loss of water from the plant to the atmosphere into the form of vapor.

4-Stomata (singular, stoma) are small specialized passageways for water and gases present in the epidermis of plants.

5-A stoma is made of a central opening, called the ostiole, or slit, surrounded by two guard cells responsible for closing and opening

8-Guttation takes place through structures called hydathodes, which are similar to stomata.

10-In bryophytes, substance transport is carried out by diffusion.

13-Root pressure is the pressure that forces water from the soil to be absorbed by xylem in the root.

14-Root pressure is caused by the osmotic gradient between the interior of the root and the soil.

16-The coleoptile is the first (one or more) aerial structure of the sprouting plant that emerges from the seed.

20-Phototropism is the movement of plant structures in response to light.